You are here: Home / Austin / This Ain’t No Ordinary Rock!
Spread the love
As a born & bread Texas Gal, there are many places I explored as a child that I like to share with my kids.  There is something nostalgic about seeing the amazing places I “saw” as a child again through the eyes of my aging “adult” eyes. Some places are just as enchanting as they were when I was a child, one of which being this amazing structure in Central Texas, right outside of Austin and the Hill Country. 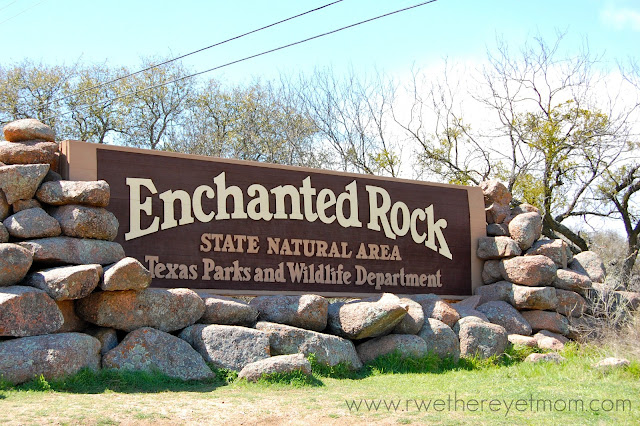 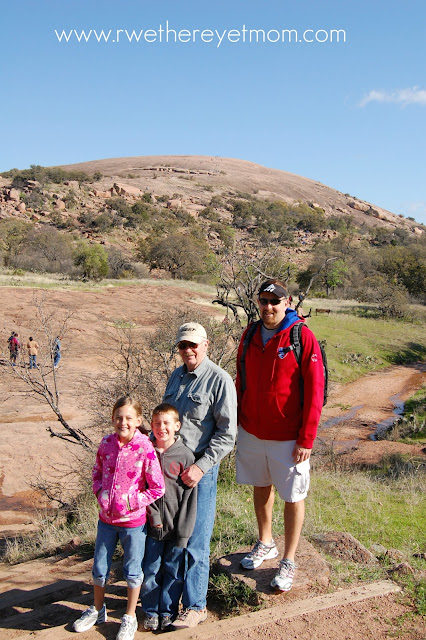 Enchanted Rock is an enormous pink granite hill that is in the middle of the Texas Hill Country.  The Rock rises 425 feet above ground, 1825 feet above sea level, and covers 640 acres.  It is one of the largest batholiths (underground rock formation uncovered by erosion) in the United States.

Folklore of the local Apache and Comanche tribes ascribed magical and spiritual powers to the rock, hence the name, Enchanted Rock.  There are lots of “legends” surrounding the rock, from if you spend the night on the rock you will become invisible to it is haunted by an American Princess who threw herself off the rock after witnessing the slaughter of her people.  Hmmm…. 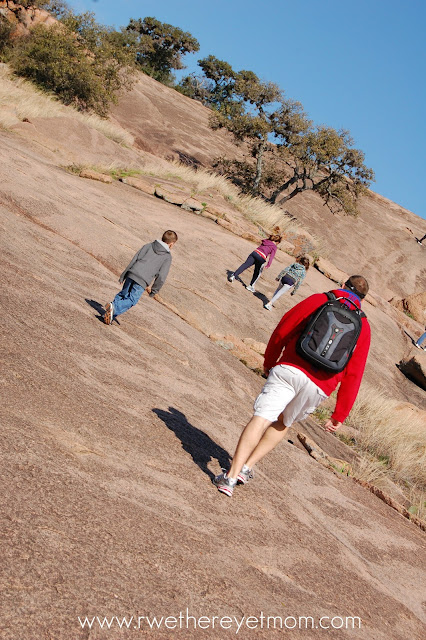 Really, Enchanted Rock is named after the unexplained creaking & groaning, which geologists attribute to the rock’s night-time contraction after being heated by the sun all day.  There is a full campground on the property, so can you imagine that sound waking you up in the middle of the night??

We started our trek to the top and with only a few stops to catch our breaths take some pictures, we made it fairly quickly. 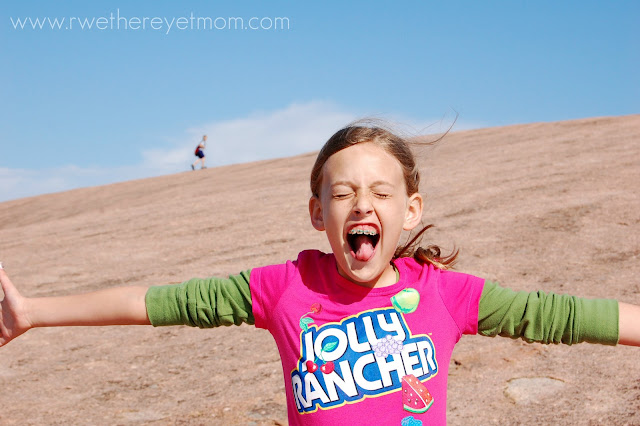 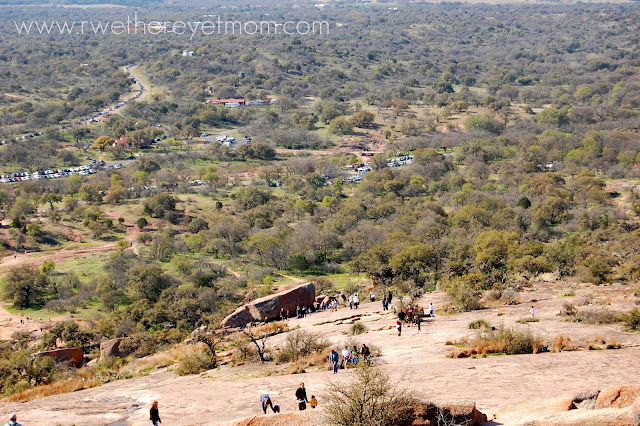 This is such a popular Texas attraction that you have to get their early before they close the gates once they reach capacity (in terms of parking).  We arrived around 10:30 a.m. and had to wait for about 30 minutes to get in.  You can see the line of cars waiting to get in.  The park allows more cars in once parking opens up.
Once at the top, we set about exploring and found lots of fun rocks and crevices to crawl around it. 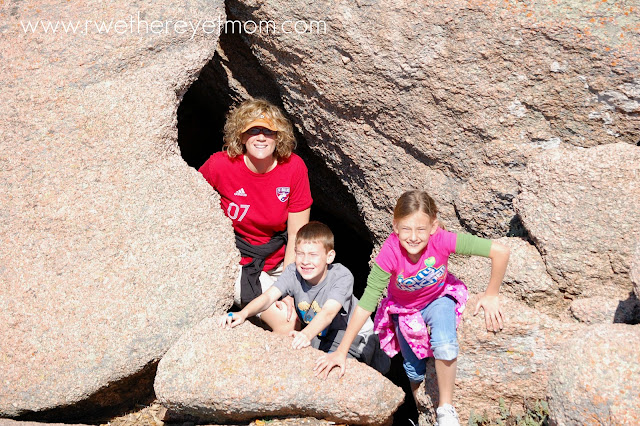 And took some fun pictures…. 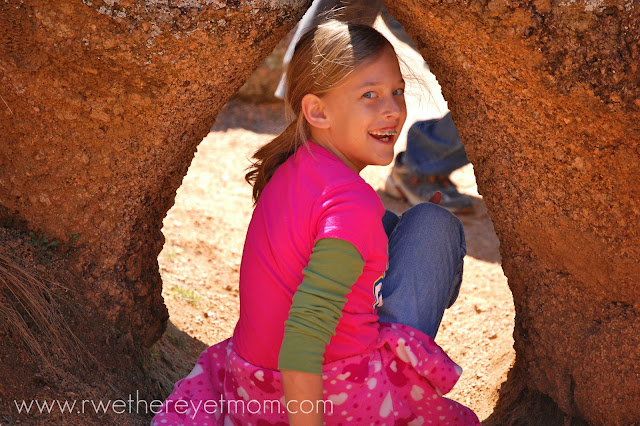 Hiking, primitive backpacking, camping, and some forms of rock climbing are enjoyed year-round at the park. We have been several times with the kids, just hiking, climbing, and exploring and each time we come, we experience something new.  You can make plans for a quick hour trek up to the top or an all-day hike exploring the accompanying rocks and trails. 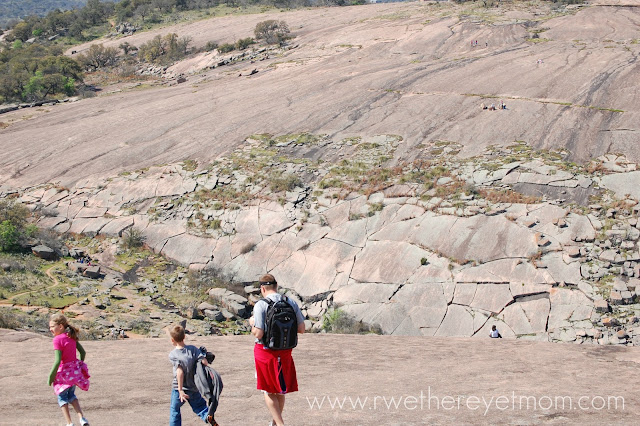 This picture doesn’t show how high up we were, but look closely at the tiny people in the crevice below.
Enchanted Rock is a Texas favorite. If you are planning a trip to Austin or San Antonio, this is a fantastic day trip for the whole family.  Nearby Fredricksburg, TX is a quaint German town with fun shopping, amazing food, and the National Museum of the Pacific War (which is what we did after a morning of hiking – will post about that fantastic experience soon!!)