If you grew up a native Texan, drinking Dr Pepper was a treat.  I mean it’s a must, being that it was created in a small Texas town called Waco.  And if you are looking for something fun to do this Spring break, take  a quick trip to the Dr Pepper Museum, located in Waco, Texas. 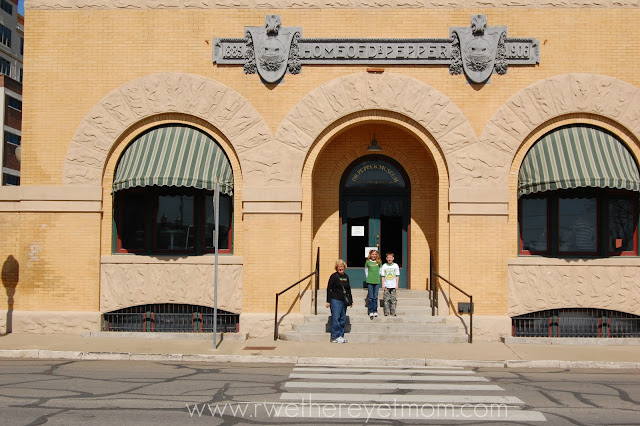 Dr Pepper was created in 1885 in Morrison’s Old Country Store in Waco, Texas by a pharmacist, and no, his name was not Dr. Pepper.  It was Charles Alderton and he made it out of 23 unique flavors.  What are they?  The museum never tells, as it is supposed to be a secret.  However, my little friend Google shared with me that some of the 23 flavors are vanilla, black licorice, carrot, rum, and yes, pepper.  Most people think that it has prune juice in it…nope, not a drop!
And why was it named Dr Pepper?  They are a lot of rumors out there that involve young love of a girl with the last name of Pepper, but none have been proven.  As the museum says, “we don’t know the true origin of the name, Mr. Morrison came up with it and it stuck.“ 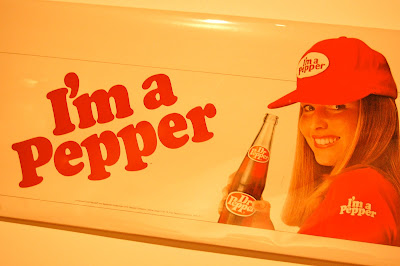 It was a great little museum that had the original drugstore countertop where Mr. Alderton created Dr Pepper,  the history of the bottling plant, and actually showed the deep well where the water was brought up to make the original Dr Pepper.
It is proud to have one of the world’s largest collection of soda pop memorabilia.  It displayed lots of the old Dr Pepper ads.  Do you remember this one? Just a catchy little tune that I used to sing as a child. 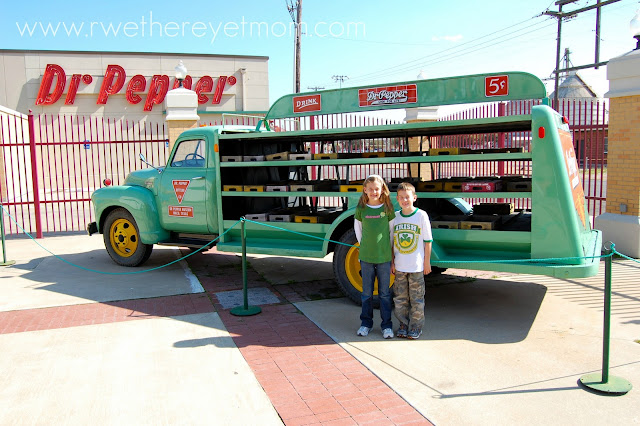 Now the original Dr Pepper was made with Imperial Cane Sugar, not the high fructose corn syrup that is used so much today.  You can get a Dr Pepper in the soda shop at the museum, made the original way with the syrup and carbonated water mixed together.  It has the real sugar in it and it is yummy.  And of course there is a gift shop where you can buy anything you want with the Dr Pepper logo – from a tie to a salt & pepper shaker to a pair of boxer shorts!
Other things we learned that day?
Around 1950, the period was taken out between Dr and Pepper.  They wanted to take the “medical connotation” away from the soda.  Never realized there wasn’t one there until they pointed it out to me.
The Beatles originally named their Sgt. Pepper’s Lonely Heart’s Club Band as “Dr. Pepper’s” but had to change it based on the U.S. soda owning the name.
Many people like to drink hot Dr Pepper, made with lemon and boiled on the stove.  Eww??
Dr Pepper is the oldest “major-brand” soft drink in the United States. Coca-Cola did not come a long until 1886 and Pepsi was invented in 1898.
The Dr Pepper Museum was a hit!  it is a great little stop in Waco – pair it with a trip to the Cameron Park Zoo, a tour of Baylor University and lunch at the Health Camp, and you have a pretty great day ahead of you!
Texas Travels Facts about The Dr. Pepper Museum:
Location: 300 South 5th St Waco, TX
Hours: Mon – Sat : 10 am – 4:15 pm, Sun 12 pm – 4:15 pm
Admission: Adults – $8.00, Students & Children – $4.00
Recommended Time: 1 hour
Good to Know: 2 story museum, strollers will work, go online for an admission coupon
Website:http://www.drpeppermuseum.com