You are here: Home / Europe / Here Comes the Sun: A little Abbey Road Fun
Spread the love
I have always been a huge fan of The Beatles…..ever since my neighbor when I was 5 used to make me listen to the Abbey Road record over …..and over. Her name was Kathy and I thought she was the coolest with the her very own record player in her room. At the time, I didn’t care so much for the songs playing on it…an Octopus’s Garden? Oh! Darling! (a little foretelling?)Bang, Bang, Maxwell’s Silver Hammer came down, upon her head? Huh?
As I grew, The Beatles always stuck with me and Abbey Road became my favorite album. I loved how different each song was. My favorite song quickly became Here Comes the Sun. When my daughter was born, we had an instrumental version of the song that we played over and over for her. It is simply one of those songs you never tire of.
This year marked the 40th anniversary of the Abbey Road famous cover. You know, this one: 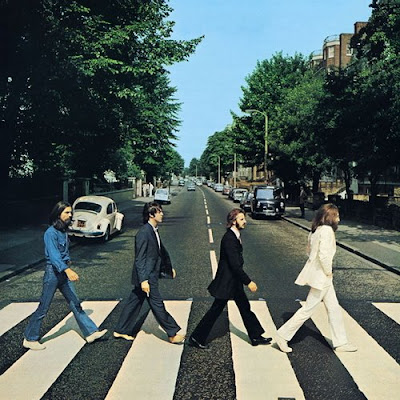 And I have always enjoyed a few of the parodies made of the cover. Like this one: 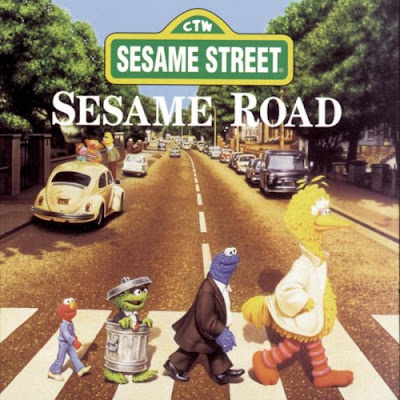 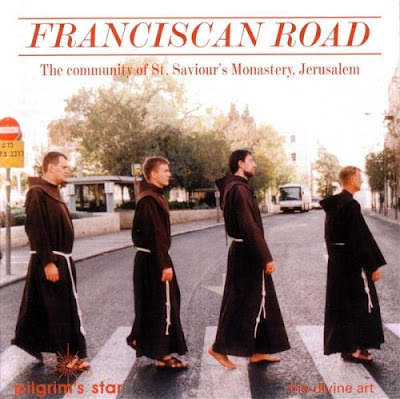 You know it’s a big deal when it is mocked by The Simpsons! 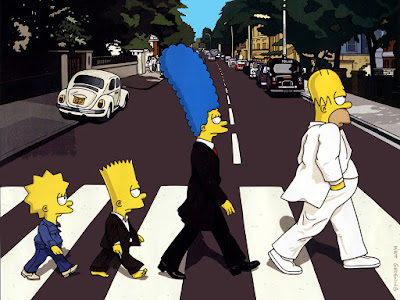 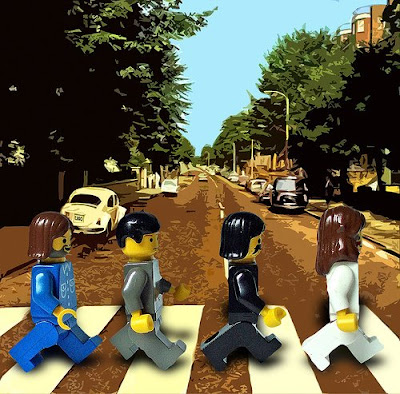 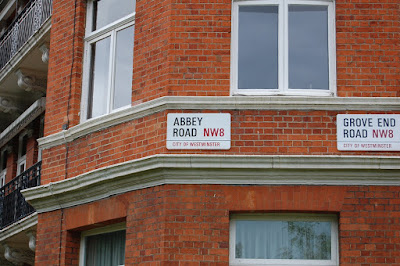 But my favorite one of all…… 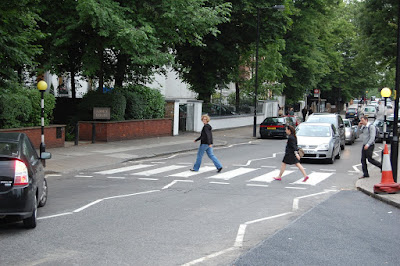 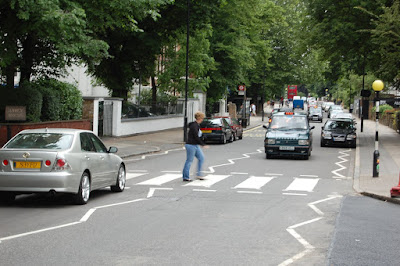 That’s better…but not quite right…Can you try it again? 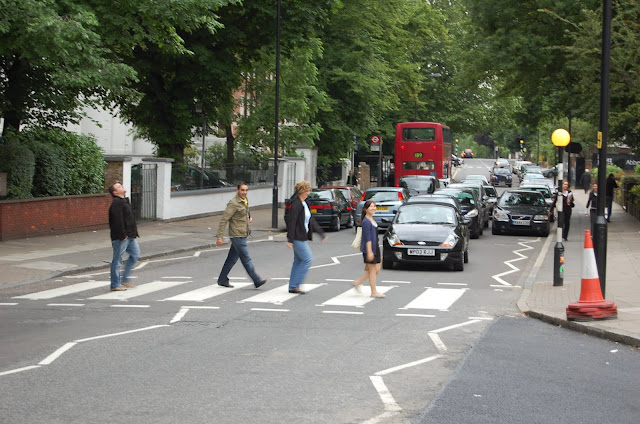 Ah…more crazy tourists willing to fight the London traffic to get the “perfect” shot with me!
Yes, we were dorks….and yes it was a blast!
Atleast I wasn’t over there during the anniversary fighting this: 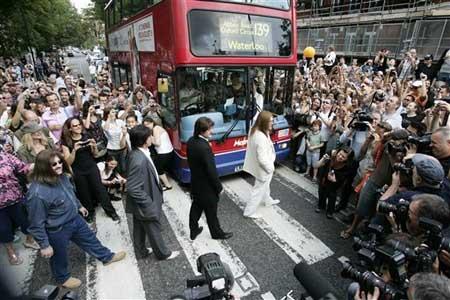