You are here: Home / Austin / Hiss: Ever Visit a Snake Farm?
Spread the love
Yes, that is correct.  There are actual Snake Farms out there.  And this particular one, in New Braunfles, Texas has fascinated my son for years.  He has begged us for years to take him.  I finally gave in……. and here’s the story of our visit to the Snake Farm. 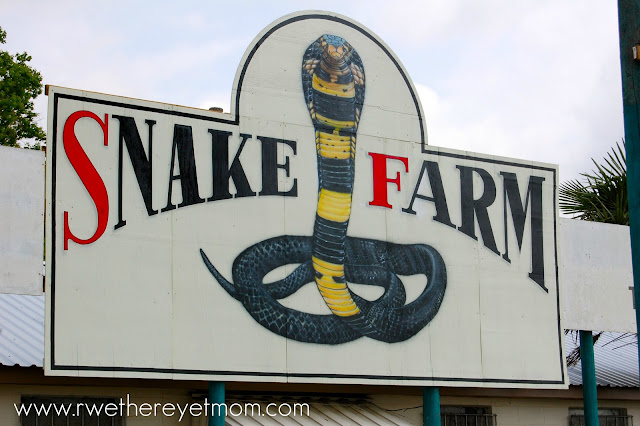 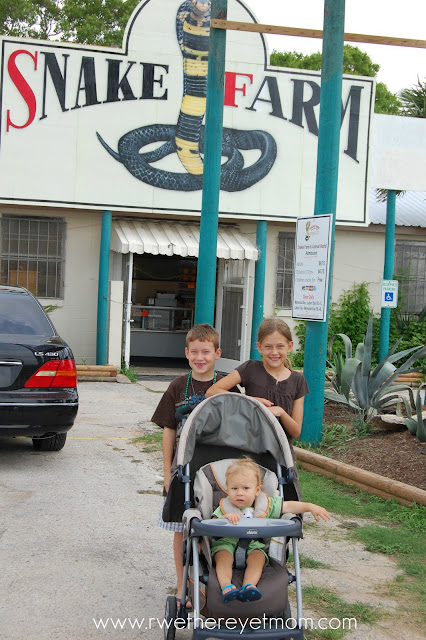 And, I made it.  Barely.  But more about that later.  My son has wanted to go to the Snake Farm for years and even put it on his Summer To-Do list.  So what’s a mom (who is terrified of snakes…have I mentioned that?) to do?  I took the boy and his equally terrified sister to the Snake Farm.

This place has been around since my mom was growing up in the area.  She never took me as a kid ’cause she said it was dirty & gross (she was right!) and I was terrified of snakes and had NO desire to go.  Again, the things you do for your kids.

It’s just as you’d expect it.  You walk in and this is the first thing you see: 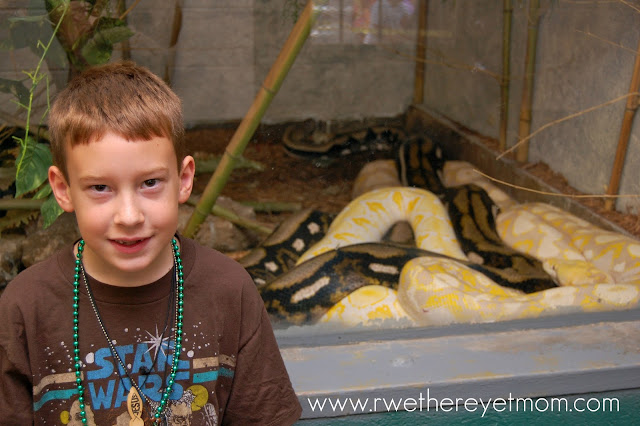 Yeah, that about put me over the top and I’d only been there for 2 minutes. The worst part of this picture is that they were slithering around while I was taking the picture and even Brody was a little creeped out by the size of them.  Can you see it in his face?

And then they are walls and walls of snakes in closed containers.  I let Brody wander around the room for a minute before I took a deep breath and stepped in.
shake it off…shake it off…..
I took a deep breath and launched into a teaching mode.
“See the yellow & black one there?”
uh huh
“Remember this rhyme: “Red & Yellow kill a fellow, Yellow & Black, friend of Jack”
what’s that got to do with snakes mom? 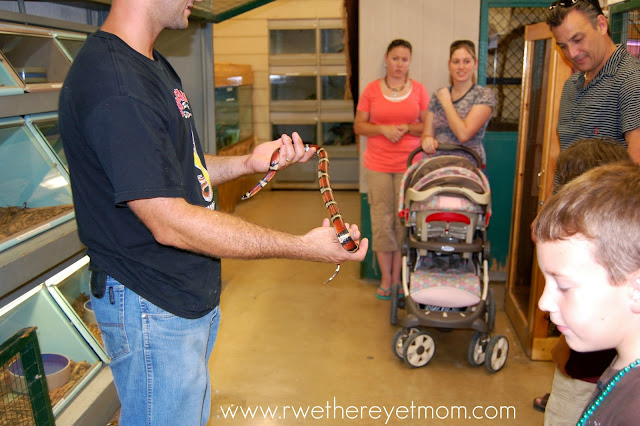 They had a king snake (friendly) next to a coral snake (not friendly…AKA poisonous).   The king snake he is holding in the pic is a friend of Jack’s.  And as we are going through this little lesson we hear the indistinguishable sound of a rattle.  I must have jumped back 10 feet….right into the opposite wall of snakes.  Apparently the rattlesnakes did not like my little lesson.  Time to go outside kids. 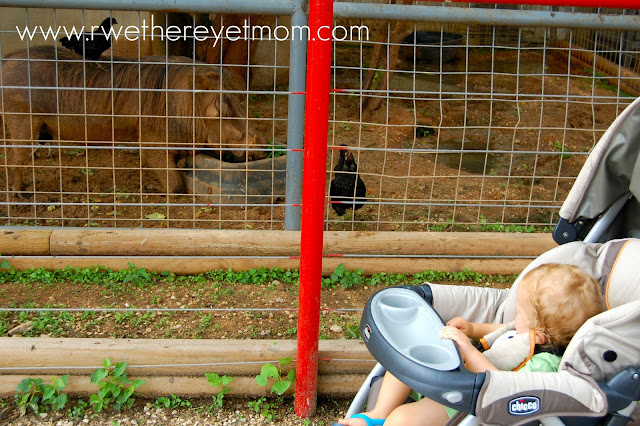 The outdoors had lots of funny creatures that the baby loved staring at.  Like this warthog enjoying his lunch with the birdie on his back. 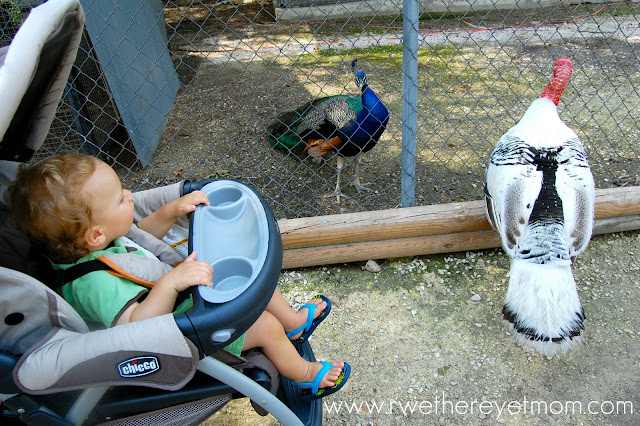 Or the turkey that paced up and down while having a conversation with the peacock. 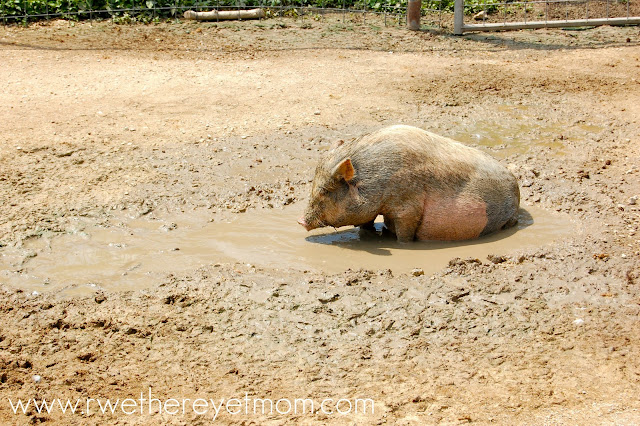 Or this pig that was enjoying a roll in the mud. I have never seen a pig do this before, so even I was amused.
And watch out for this incredibly scary creature: 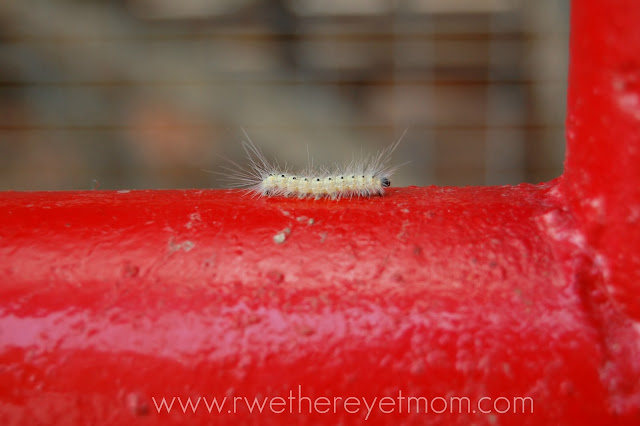 Ok, just kidding. I was messing around on Manual with my camera and was totally impressed with this shot.  Although I have heard these things are poisonous??
But our biggest scare came with the King Scorpion. 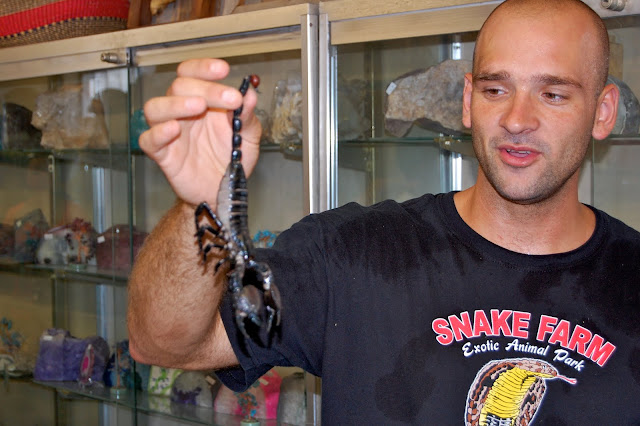 Yes, the herpetologist (study of reptiles) was holding that enormous creature by his stinger.
Now, I had prepared myself to see snakes, but definitely NOT scorpions and certainly not this close up.  But what we learned is that this big guy has a quarter of the potency of the tiny wood scorpions that we find all over our house.  Uh huh.  That means the sting of this guy would barely hurt.  Not compared to the hundreds we have roaming around my neighborhood.  Now that’s comforting.
So what did we learn on this trip? To a place that still gives this mom nightmares??  That sometimes you have to ‘suck it up’ for your kids, take a risk, and go for it.  Explore what they want to explore.  All of us actually had a great time, saw some very interesting creatures, and learned a lot.  Will I ever go back?
no.  one time is enough for me Buddy!