You are here: Home / Austin Attractions / Top 5 Tips to See the Austin Bats
Spread the love 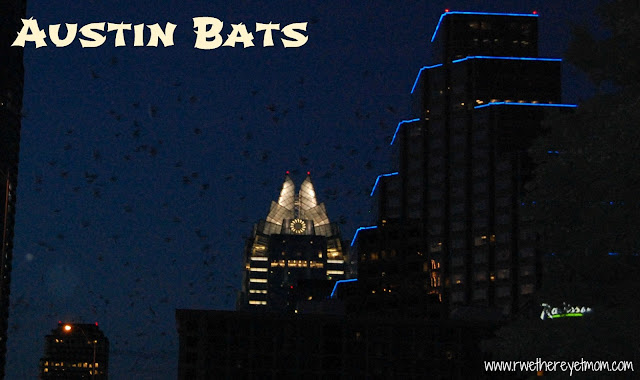 If you ask people what to do in Austin, one of their top responses is “See the Bats!!”  But as a local, we tend to shy away from it.  At least we did. We always made excuses…”it’s too hot” or “the bats aren’t coming out like they used to!”

But we had a new mindset last summer, putting all the things we wanted to on a Summer Bucket List, my son wanted to see the bats. 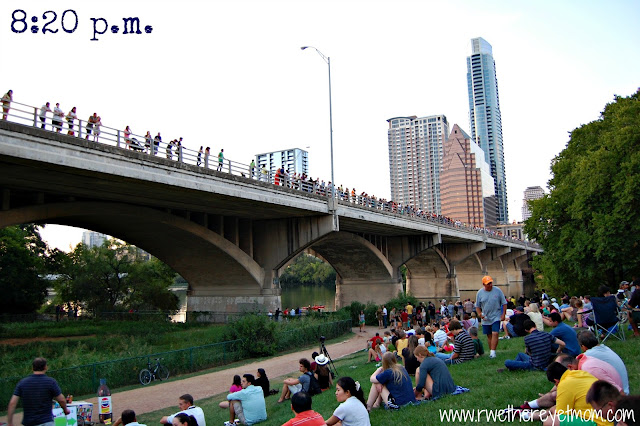 So we treked on down on a Monday in August and parked at the Austin American Statesman parking lot (free!!).  We arrived at about 8:20 pm and sat down on the lawn set for bat watchers (is that what we call ourselves?). 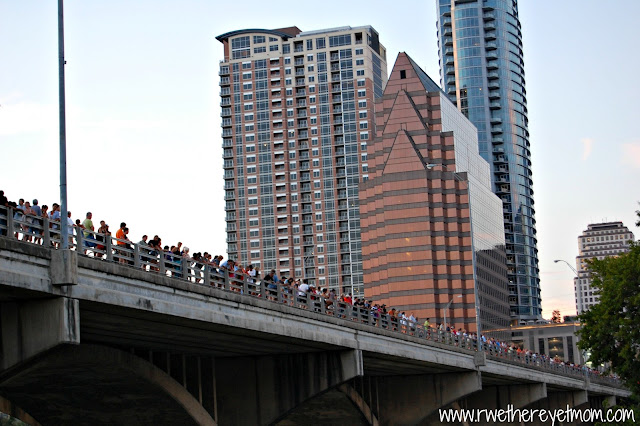 You do have a choice to watch from Congress Ave. Bridge or the lawn down below.  We choose the lawn, as I didn’t want to be watching 3 kids on a sidewalk next to busy Congress Ave.  As you can see, it gets pretty busy, but the lawn had plenty of room to find a nice spot to place a blanket or a few chairs. 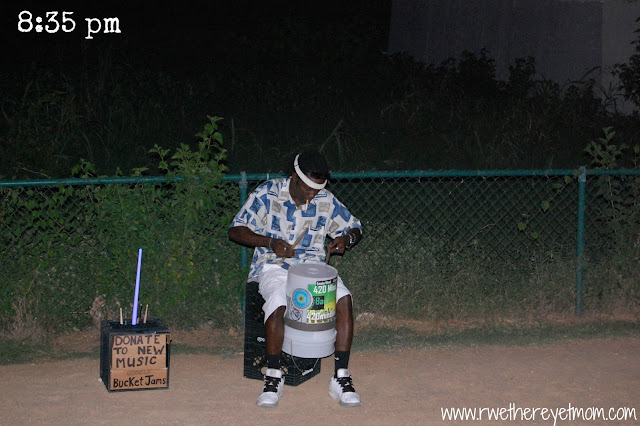 There are guys selling ice cream bars and light up toys.  And you can begin to hear a few bat “squeaks” as the sun starts to go down.  When dusk officially settled in, this guy started jammin’ on his “drums” as if waking the bats up and inviting them out.

Slowly, one at a time, a bat would fly up and out.  But at about 8:40 pm, right at dusk, thousands of bats came pouring out from under the bridge.  It was certainly a site to behold, with lots of “wows” and “oh my goodnesses” murmured throughout the crowd. It stopped all three of my kids in their tracks and had them mesmerized for close to 5 minutes. 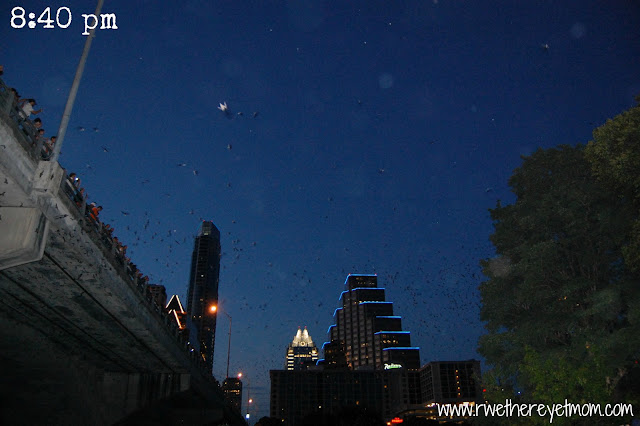 And as quick as that, they were gone.  You almost wanted to clap as if they had put on a ‘great performance”.  Watchers quietly shuffled away, exclaiming in excited tones what a neat experience that had been.

And I was happy we had made the trek down to Austin to see the infamous bats, almost kicking myself for waiting so long. It wasn’t hot.  The bats came out in droves and it was an incredible experience for my kids to see.

Top 5 Tips to See the Austin Bats:
1. Go in Late July – Late September to see the best flights
2. Park in the Austin American Statesman parking lot on Congress Ave. (free after 6 pm)
3. Check this website to see the current emergence times as they vary week by week
4. Bring a blanket and sit on the lawn (less dangerous than the bridge if you have kids)
5. Bring some bug spray (the bats are coming out to eat mosquitos y’all, so who are the mosquitos going to eat?)