You are here: Home / Entertainment / Exclusive Interview with Travis Knight, Director of Kubo and the Two Strings
Spread the love

Kubo and the Two Strings is in theaters August 19. Earlier this summer, I had the opportunity to interview the director of the movie and CEO of LAKIA Studios, Travis Knight.

Stop-motion animation has always held some sort of fascination to me. It seems like an incredible amount of work and it would take a person with unbelievable patience and talent to be able to create a movie of the magnitude of Kubo and the Two Strings.

And as excited as I was to interview the cast of Kubo and the Two Strings (Matthew McConaughey, Charlize Theron, & Art Parkinson), I was more excited to learn how the movie was created from the CEO of LAKIA Studios and writer/director of the movie, Travis Knight. Recently we sat down with him at the Beverly Hills Four Seasons during the Press Junket for Kubo & the Two Strings.

For someone who is working with Academy-Award winner actors, creating movies such as Coraline, the Box Trolls, and now the highly-anticipated Kubo and the Two Stings, Travis Knight is one of the most down-to-earth, easy to talk to guys I have met in this industry. Very passionate about his work at LAKIA – no, I’m calling it art – he is eager to tell you how he created the movie. From the development of the story to picking the soundtrack, his hands are all over this work.

The movie started over 5 years ago with the development of the story and the characters, though Knight only very recently discovered how much of himself he had poured into it. “I finally figured out that Kubo is basically a version of me. He’s an artist, he’s a storyteller, he’s a musician, he’s an animator. And his journey pretty much mirrors my own.” 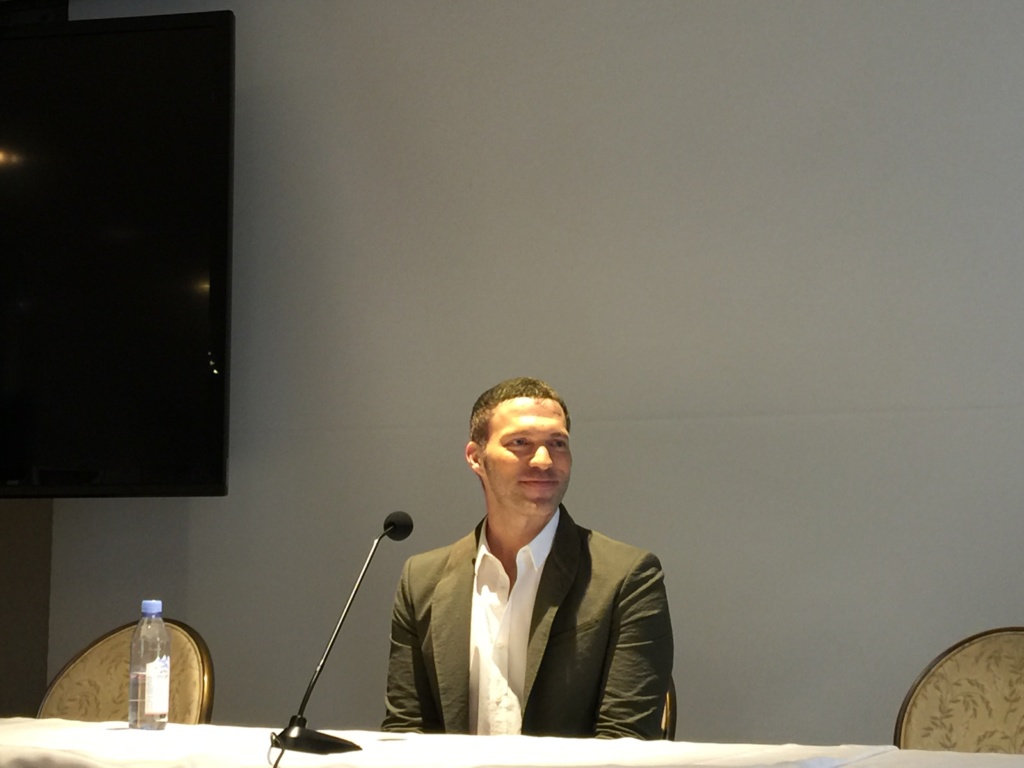 Kubo and the Two Strings explores that moment where the playful innocence of childhood begins to shift and your eyes open up to the hard truth of life and humanity. It was done in such a beautiful, learning way that I am excited to show my children this film. Knight felt it was important that they didn’t sugarcoat issues in the film, but handle them in a sensitive gentle way that even kids could relate and understand them.

“We make films for families, so we don’t speak down to our audience. We really want to respect their intelligence. And so we talk about fairly sophisticated issues. We started LAIKA about 10 years ago, and we had a pretty simply mandate which was to make movies that matter, to tell stories that were rich and evocative, that were thematically challenging and had something meaningful to say about what it means to be human. And we always want to do new, interesting stories, we want to explore different aspects of the human condition.” Knight explains.

Throughout the interview, I am struck at how Knight describes the entire process of making this movie as a piece of art. And I am impressed at how LAKIA Studios does not do they typical movie screenings with focus groups. They want the movie to stand on it’s own, just as the animators created it and not changed of manipulated based on opinions.

It is important to Knight to develop movies that are thought-provoking and can create discussion with the family as a result of it. And he’s so right. There are so many things that we and our children see daily that are just down-right mind-numbing. Think about it. It’s not cheap to got to the movies and did that last movie you took your family to result in a conversation more than, ‘Did you like it?”

Knight wants to make sure his movies help stir those conversations. “The opportunity for us to tell stories like that, it’s an extraordinary privilege. We take it very seriously, the opportunity to tell stories, to connect people, to kindle people’s imaginations, to inspire people to dream. That’s what movies meant for me when I was a kid and those are the kind of things that we want to make now.”

Kubo and the Two Strings is a fantastic story that will definitely stir your imagination. It’s in theaters Friday, August 19, 2016.