You are here: Home / Austin Events / ZACH Theatre presents All the Way
Spread the love 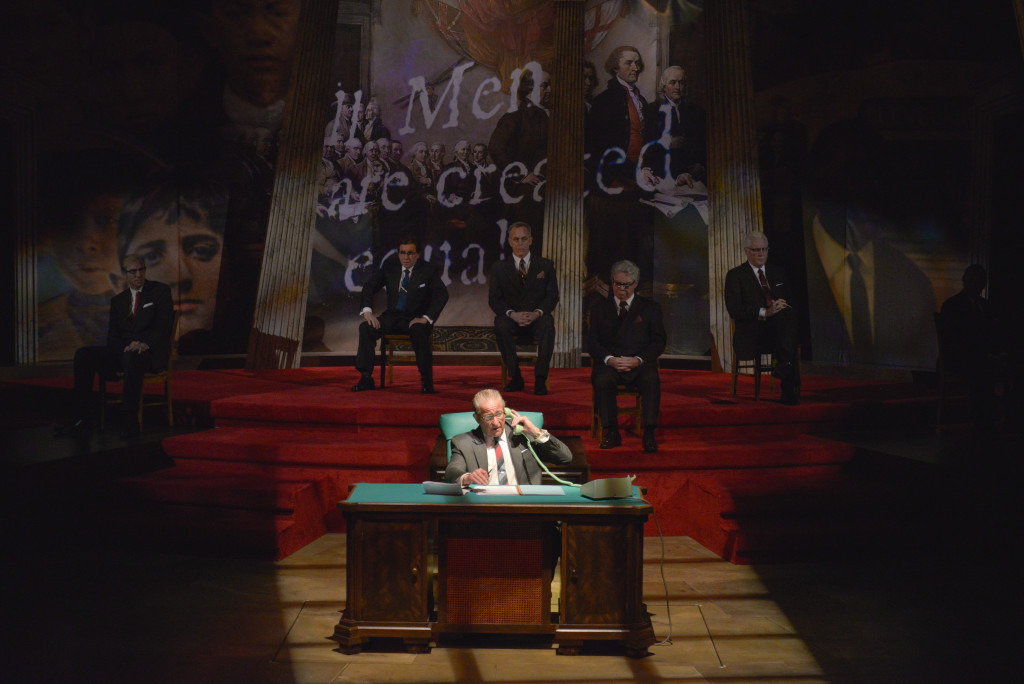 The older I get, the more I really dig United States History.  Chalk it up to teenage apathy, but I never really paid that much attention in History class.  The most I knew about President Lyndon Baines Johnson was that he was from Texas,  had a ranch in the Hill Country and he became the president after JFK was shot. Shame on me. I know.

Yesterday I saw All the Way at ZACH Theatre. I didn’t know what to expect giving that the description was “the Texas premiere of the Tony Award-winning play about President LBJ’s first year in office.”

Huh. You can make a play out of that?

Yes.  And you can make a pretty darn good one.  Like on-the-edge-of-your-seat good.

ALL THE WAY: The Story

I was amazed at how fascinating the story of LBJ and the Civil Rights Act of 1968 was.  There were so many key players involved that worked to get the act passed as well as keeping LBJ in the good graces of the Democratic National Party to ensure his re-election the following year.  As you can imagine, it was a tumultuous time in US History, and to balance all that took an amazing man. 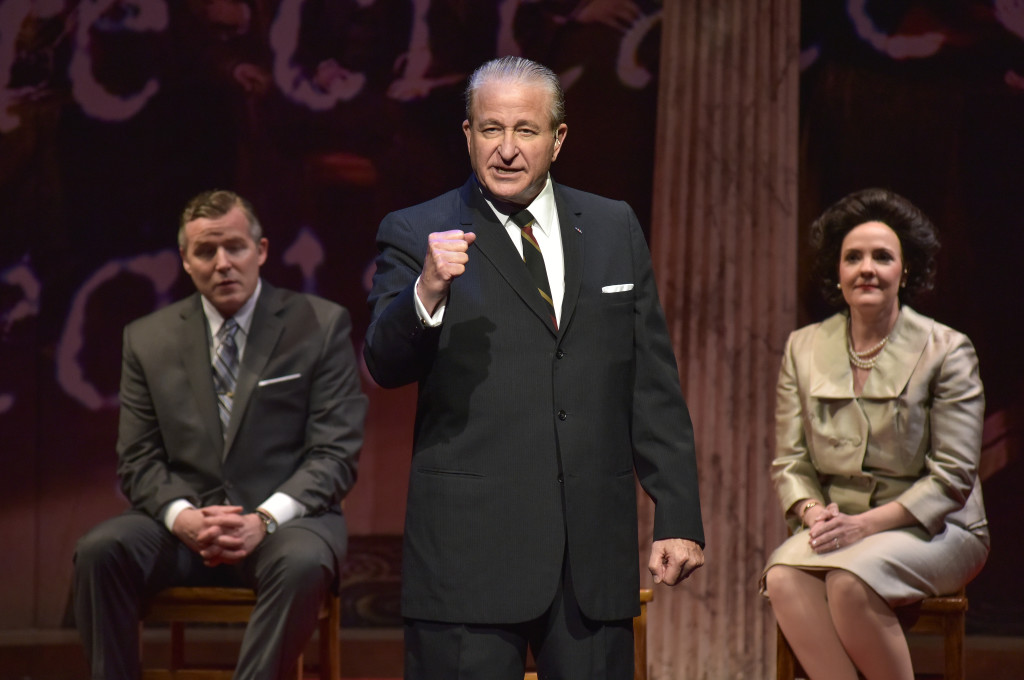 I just recently started watching the Netflix show, House of Cards. Maybe I’m naive, but I am amazed at how much political outmaneuvering has to happen to get a bill passed.  All the Way was just the same, that’s what made it so fascinating!  And that was in the late 60’s!

ALL THE WAY: The Cast

The cast of All the Way was outstanding and did a brilliant job with the story.  Noted Broadway, film, and television actor, Steve Vinivich stars as President Lyndon Baines Johnson. Mr. Vinovich performed the role of Rep. Emanuel Cellar in the Broadway production of All The Way and was the understudy to Bryan Cranston as LBJ. Broadway and film actor, Melvin Abston, most recently in Broadway’s Sister Act, plays Rev. Dr. Martin Luther King, Jr. Both do an incredible job portraying these important historical figures.

Production photo for ALL THE WAY. Pictured: Melvin Abston and Steve Vinovich. Photo by Kirk Tuck.

ALL THE WAY: Tickets

All the Way will be showing at ZACH Theatre’s Topfer Theatre on the Karen Kuykendall stage April 8 – May 10, 2015. Tickets start at $25 and are available online at www.zachtheatre.org, by phone at 512-476-0541 ext. 1, or in person at the ZACH Theatre Box Office, in the Topfer Theatre, 202 South Lamar Blvd. (corner of Riverside Drive and South Lamar Blvd.) Monday through Saturday, 12 noon – 7 p.m.  Discounts are available for groups of 8 or more. Student Rush Tickets are $18 one hour before show time (with valid ID).

At the end, I felt as if I had witnessed history.  Of course, I recognize I was sitting in my comfy Topfer Theatre seats, but I found myself so caught up in the story that I was moved by it.  I walked out of the theater with so much more curiosity about President LBJ than I ever had.  In fact, I attended the show with my mother, who grew up in Texas, and remembered this time.  We had a great conversation on the way home about what it was like to grow up in this period of history.

It was historical, yes, but so very entertaining.  I can’t recommend that you see All the Way enough.  I was asked if it was appropriate for children.  Because of the language & complexity of the story, I would not recommend taking your children. Make this a date night or see it with a group of friends.  But don’t miss this show.  It’s fantastic. 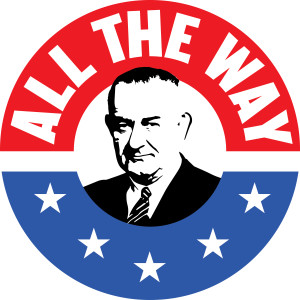